But today, According to World Music Awards post on its Facebook page, YouTube has confirmed that BLACKPINK DDU DU DDU DU received over 36.2 million views in its first 24 hours, making it the World’s biggest 24 hour debut of 2018.

YouTube also confirmed that BLACKPINK “DDU DU DDU DU” MV had the World’s biggest 24-hour debut in 2018 across its platform! 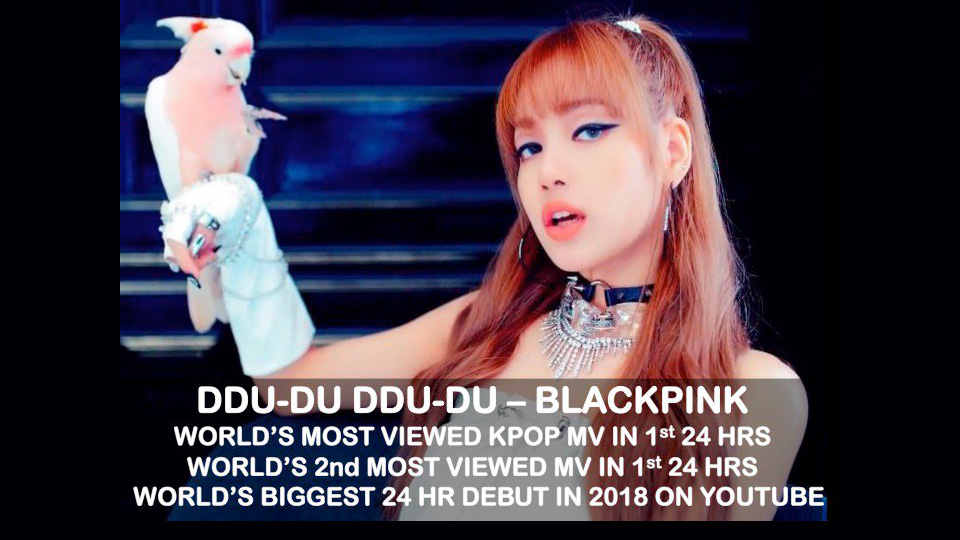 Here are the latest top 10 most watched music videos in the first 24 hours based on official YouTube data (Source: metro.co.uk)

Congrats BLACKPINK and BLINKs! We did it! Thank you for all of you who stream and love BLACKPINK DDU DU DDU DU Music Video!