After ‘As If It’s Your Last’ was featured on Justice League movie in 2017, now another Blackpink’s hit song “Whistle” just being featured on Google Home commercial. The ads was aired during ‘2018 Pyeongchang Winter Olympics’ broadcast on American Television network, NBC. The ads is starred by Johnny Weir and Tara Lipinski, American figure skating commentators.

@NBCOlympics official twitter tweeted the ads yesterday on Friday, February 16, 2018. They wrote a caption, “When Johnny & Tara aren’t keeping us updated on the latest figure skating news, they’re dancing to K-Pop. Tune in to NBC for more figure skating coverage, presented by #GoogleHome.” 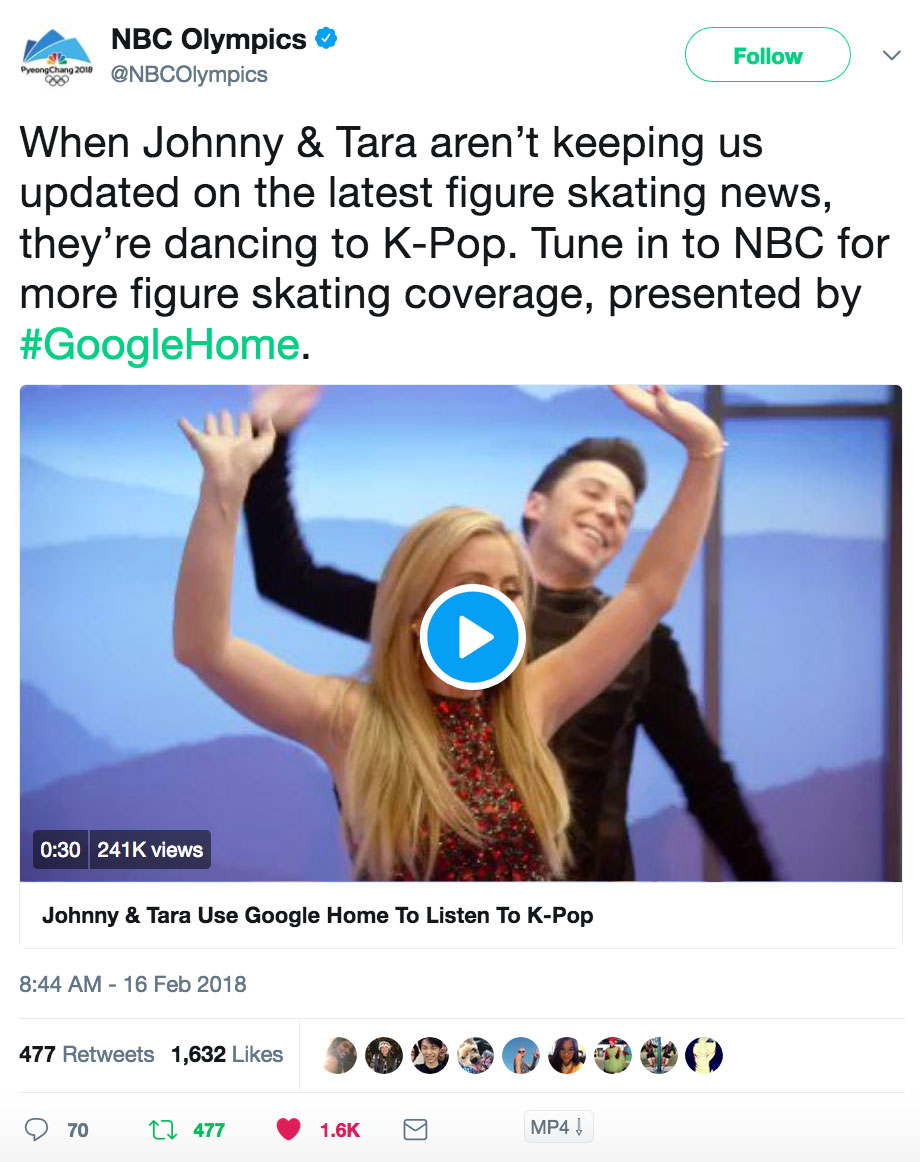 While Tara Lipinski, she is an American figure skater, actress, and sports commentator. A former competitor in ladies’ singles, she is the 1998 Olympic champion, the 1997 World champion, a two-time Champions Series Final champion (1997–1998), and the 1997 U.S. national champion. She is the youngest ever to win a World Figure Skating title, doing so at the age of 14 years, 9 months and 10 days, and the youngest Olympic gold medalist in the individual ladies’ singles event, having won in Nagano, Japan, on February 20, 1998, at the age of 15 years, 8 months, and 10 days.

Both Johnny Weir and Tara Lipinski have starred in a number of other Google Home commercials, highlighting various ways in which the ‘Google Home’ can make life easier for its users.

And for this year Winter Olympics commercial, Google has chosen to put together kpop awesome hit song and two former Olympians: Johnny Weir and Tara Lipinski.

But don’t just let us tell you about it, let’s watch the new Google Home ads featuring Blackpink Whistle below!

Previously, Blackpink’s hit single, “As If It’s Your Last” was also featured on Justice League movie in 2017