KRUNK is really big, even he hardly enter Blackpink House from its front door.

The way he suddenly came and danced Boombayah was so funny.

Even he didnt realize when he dropped his own phone and stepped on it while dancing enthusiastically.

Those scenes when Jisoo wanted to twist his head, so funny

When they realized Blackpink Rose and KRUNK wore matching outfits, she dragged him back and took photo together

Blackpink Rose was so cute, she realized KRUNK was a bit afraid to walk down the stairs, Blackpink Rose then helped him and opened the door for him

But, do many of you guys know who KRUNK is?

According to YG Life official website, KRUNK or YG Bear KRUNK is the official mascot of YG Entertainment and is a fashionable celebrity bear who loves the hip-hop culture. Krunk has been turned into a character representing the entertainment agency since it first appeared in LEE HI’s music video “IT’S OVER” on March 6, 2013.

Since then, Krunk’s character goods were launched in December, 2013, Seoul ping-pong-up pop-up store was opened, collaboration with famous brands was carried out, YG artists’ art toys were launched, and the character drew big attention by being introduced in Seoul Fashion Week and Art Toy Culture 2015. 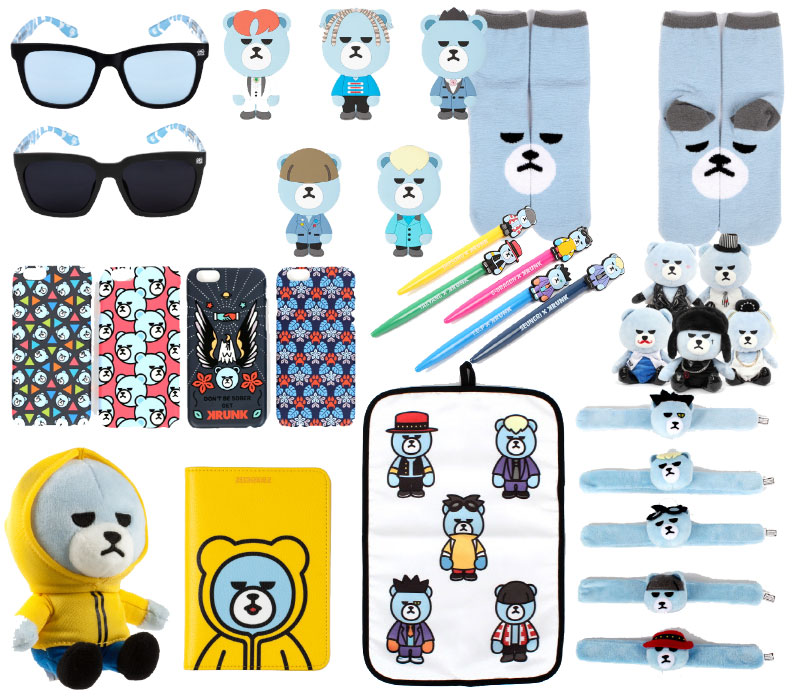 There are so many KRUNK’s goods available to collect, we can buy those cute stuff in YG E-Shop: YG E-SHOP KRUNK

His video reaction is so funny:

KRUNK and BIGBANG’s collaboration café “CRUNK X BIGBANG CAFÉ” located in Harajuku in Tokyo and Shinsaibashi in Osaka. Visitors of the café can enjoy Tandoori curry, fan cake, and Pon De Chocolate made in the form of KRUNK’s face, and can buy KRUNK X BIGBANG’s official goods in the shop space in the café

Get all the KRUNK updates here on his social media,

[Photo] ROSÉ at the Republic Records MTV VMA 2022 After Party