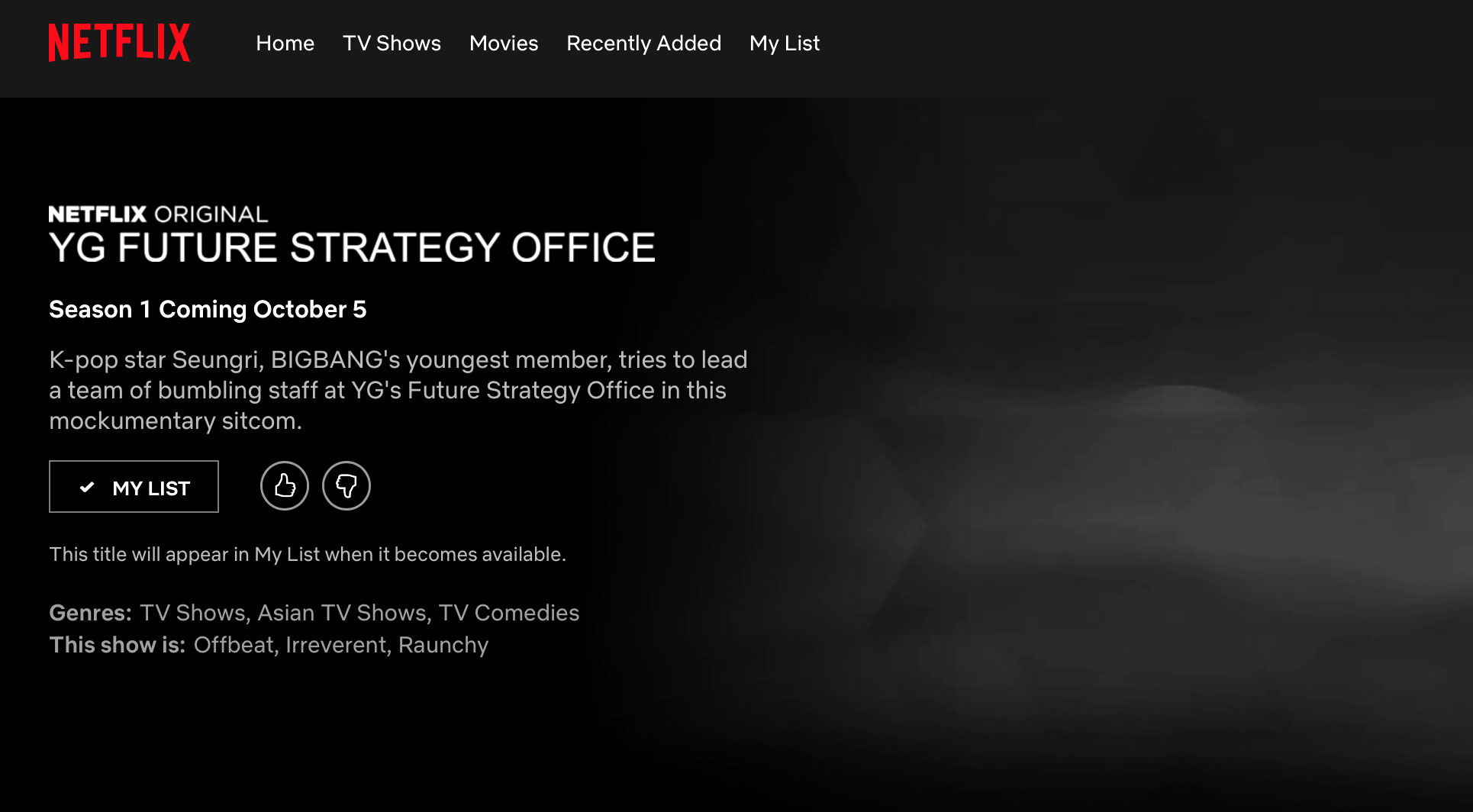 According to YonhapNews article on September 10, 2018:

A star-studded sitcom produced by YG Entertainment will premiere on Netflix next month.

“YG JeonJa” will be released on the online platform on Oct. 5 and feature the agency’s celebrities. “JeonJa” in Korean is short for a strategic archive center.

Boy band BIGBANG’s Seungri will appear in the show as an ambitious young man who tries to save the company, which is portrayed as struggling in the fictional show.

It is directed by Park Jun-su, who last year moved to the entertainment company from the cable music channel Mnet. Other YG artists, including WINNER, iKON and BLACKPINK, will also make appearances.