Blinks get ready! Save up our money from now on! There will be a much better place to spend our money very soon! YG, the head of YG Entertainment, just dropped a good news for Blackpink today. We knew that last year, Blackpink only had one song, it’s sad but it’s true. And now they are preparing something bigger than just a song.

After receiving many complaints and comments about Blackpink comeback on his Instagram, he then replied one of them:
https://www.instagram.com/p/BeZwqzFAvqM/

Really really. Every single day.. we are trying our best. We were recording till late midnight last night as well. Blackpink only has 1 song last year, and I thought it was ridiculous as well when I think about it.

So instead of a single, we were working on a mini album with various songs so it was delayed for quite a while

The recording has to be completed so that we will predict what will be announced/decided in the second half of the planning. But we are still in the midst of recording.

As expected, I am someone who wishes to quickly listen to Blackpink’s songs, who is our one and only YG girl group.

Reading this post, we bet many of us are shaking right now! Finally our dream seeing Blackpink has more songs will come true. Let’s pray the process will run smoothly so we can hear another good news by the end of this month.

While talking about how 2017 was for them,

Blackpink Jisoo said, “I don’t think we were able to showcase a variety of activities as a team. But it was a year where each member took on new challenges like radio shows, variety programs, and being MCs.”

Blackpink Jennie added, “We were only able to have one round of musical promotions, and we had a lot of time to practice and prepare a better version of ourselves as musicians.”

Blackpink Lisa stated, “We made our debut in Japan last year. It was nice to be able to meet our international fans as well,”

while Blackpink Rosé stated, “It was a year for us to think about what we can do to show a new side of ourselves as singers in our next album.”

The members were also asked about the album they are preparing to release this year,

and Blackpink Jennie said, “In ‘As If It’s Your Last,’ we showcased a brighter and more bubbly side of ourselves than before. I think we’ll be coming back with a more powerful concept this time,”

Blackpink Jisoo stated, “We always want to try out new concepts. A lot of people told us that ‘As If It’s Your Last’ was different from our previous songs, and I hope we hear that for our upcoming album too.”

Blackpink Rosé chimed in with, “I hope we hear that we’ve grown and matured as singers. We’ve been thinking about our musical path a lot. And I hope people are able to see that in our songs.”

Finally, BLACKPINK shared their goals for 2018.

Blackpink Jisoo stated that she hopes 2018 is a year where they can do a lot of the things that fans have been hoping for, as she added, “Repaying our fans for waiting for us and supporting us is always on our minds. I hope we’re able to do a lot of different activities for our fans.”

Blackpink Jennie concluded the interview with, “We hope to become a group that excels in a variety of fields. We appeared on our first variety show last year, and I hope we continue to grow into a group that is good at everything. We’ve begun showing a funnier side to ourselves through ‘BLACKPINK House,’ which began airing on January 6 on JTBC2, and we hope people will be excited for what we’ve got planned.”

How do you feel Blinks after reading this news? So excited right? Their interview calms us a lot.

It’s nice to know their thoughts and planning for this year. We are so happy and lets continue to support all of their activities, as always!

Blackpink, you guys are awesome! A group that good at everything: music, MC, variety show, modeling, clothing line (like Blackpink Lisa recently did Blackpink Lisa to Launch First Collaboration Collection with Nonagon) and we cant wait to see other Blackpink’s ‘hidden’ talents! 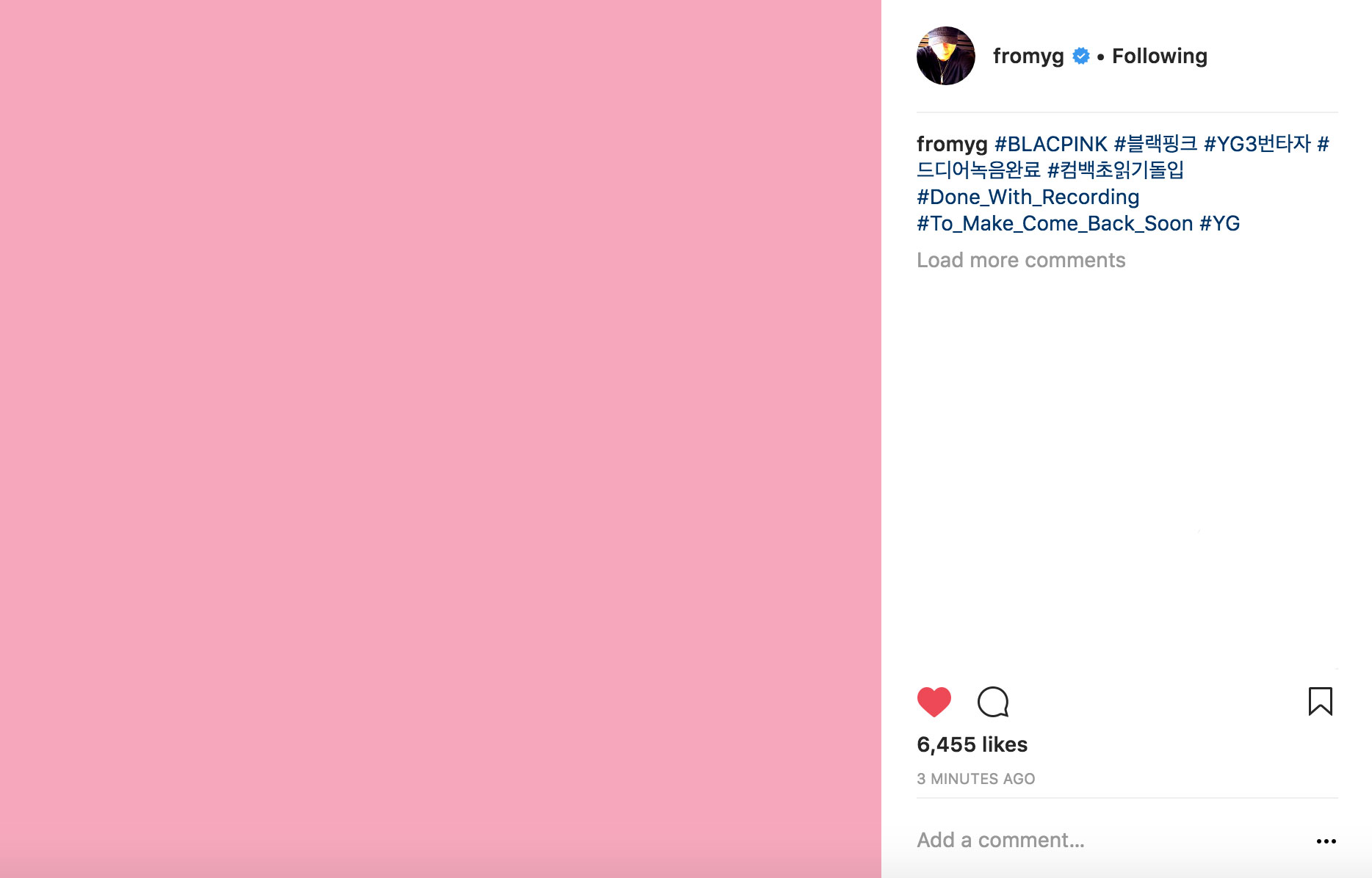 This pink space is so powerful, major Korean sites post the news about Blackpink upcoming comeback, even Billboard too!