Lets take a look back at Jinjido first meeting moments

Korean fans made a project for Jinjido anniversary

We will miss Jinjido moments every week, their chemistry as MCs is no joke. Thank you Jinjido, Thank you Blackpink Jisoo, you did so well! We are so proud of you!

After Inkigayo ended, Blackpink Jisoo went around to each blink and signed for them. Aw that was so sweet 😭

On January 22, 2018, Blackpink Jisoo did a video live on Vlive app and talked about Inkigayo

“I’ve been the MC for Inkigayo and last week.. yesterday.. is it past midnight now? It’s not past midnight, right? Then I guess it was yesterday. I wasn’t on Inkigayo because I was in Japan.

And this Sunday was the last day that I would have seen the producer and the staff members who I had been working with for the past year. So I really wanted to be on the show together but I had to come to Japan so I was really sad I couldn’t say goodbye.

Everyone was so nice and kind and I didn’t get to say goodbye! I did say goodbye last week but this week is the last week they come to work so I was kind of upset I couldn’t be there with them.

Yes, I was really sad. We were a really close team. We shared so many laughs and we went to Daejeon and we have so many good memories together. It was a new experience for me. Yeah, I’m bound to meet them again sometime right?

The producer that I worked with for the past year was also the producer for “K Pop Star-Season 2” before my debut. And the producer came to our company once. And our CEO introduced us to the producer saying that we’re the new girl group.

But the producer only remembered Lisa because she was the only foreigner in the group. But I faintly remembered. That’s when we first met and after that we were able to meet on Inkigayo, so maybe in the future, we’ll meet on a different show.”

Naver posted an article about Blackpink Jisoo’s last day on Inkigayo (we can read the full article here).

The post said Blackpink Jisoo left MC position to return to Blackpink. They are in the process of preparing new album for their comeback. Blackpink Jisoo thanked fans for always supporting MC Chu (a nickname of Blackpink Jisoo as an MC) for a year and watching the show. She then said will show fans a lot of good things ahead with Blackpink.

We have been heard this news since YG replied fans’ comments on his Instagram. See the full post here:

She wrote a long thank you message

Hello^.^ Today is JinJiDo’s first anniversary but it is also our last day. It is really sad, but I am really happy that we were able to finish it after a year. 😊

Firts of all, I would like to thank the people who were with JinJiDo from the start.. Cho Moonju PDnim, also, Shinhye Unni, Myeongju Unni, Jihye unni, Eunjung unni, Jihwan Oppa, Jiwon unni, Jasaeng unni, and our new Inkigayo family members for taking care of us even if it was just for a short time. 🙏🏼

Our JinJido’s very pretty Inkigayo staff unnie’s and oppa’s camera PDs.. I won’t forget all of you. 😭

And most of all, our Blinks that even when the weather is not good, they are always there to cheer on me even from afar 💕 I love you very very much. You are all always reliable and supportive ✨

Thank you very much for being so lovely to JinJiDo. We’re each going to continue to do our best so please keep on cheering for us and watch our for us!!! And to Blackpink who cheered and supported me, I love you

BLINK ✨ I’ll be back in BLACKPINK. Please wait for it 💖

Blinks, today is really emotional for us 😭

Jisoo ya, thank you for one year amazing memory with you as an MC. Thank you, Thank you and Thank you! You really did great job! We are so proud of you! We will always continue to support you in the future, yeah good things will be coming soon! 🤘🏼😎

The New MC of SBS Inkigayo in 2018 after Jinjido

Starting on Sunday, February 18, 2018 the next MC of SBS Inkigayo after Jinjido leaving are DIA‘s Jung Chae Yeon, Seventeen‘s Mingyu, and actor Song Kang. Congrats for the new MC! 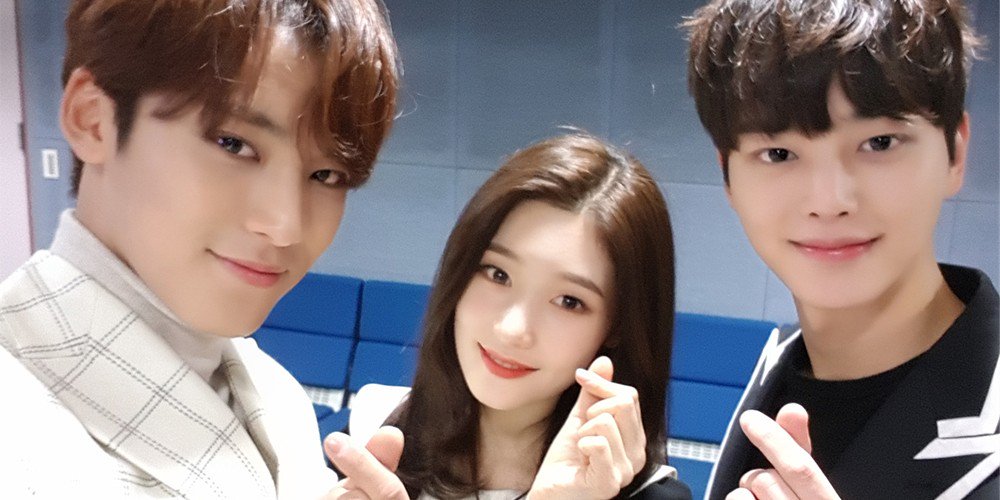