Kukinews released 4 new behind the scenes photos of BLACKPINK for Sprite commercial 2018, “Come to refreshing Sprite Island.” see the photos below: 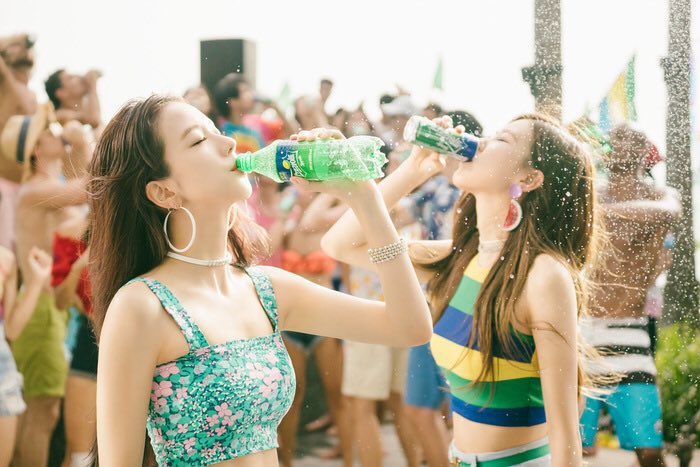 Enjoy your Sprite now, buy it here on Amazon: