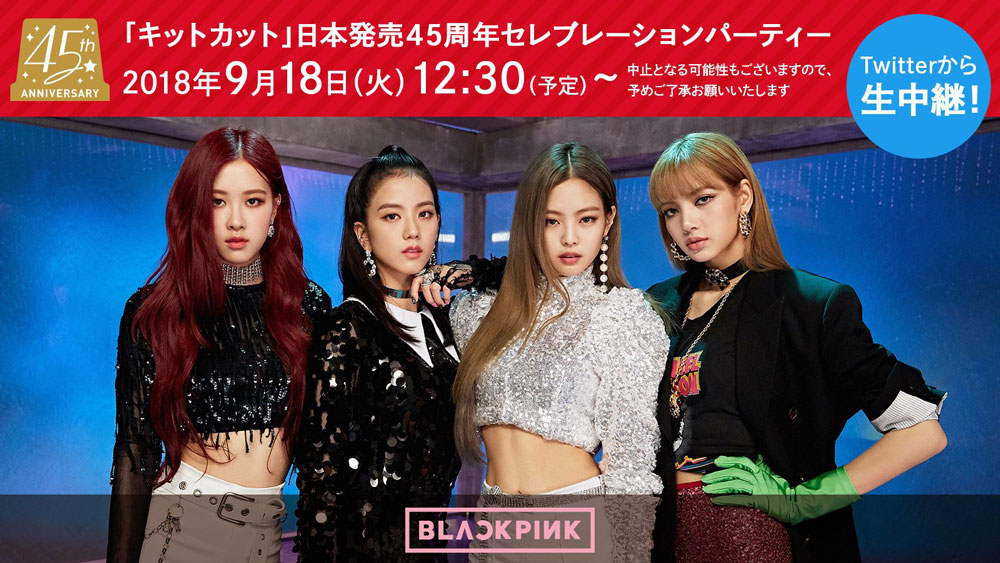 Details About The Event

Photos During The Event:

Videos During The Event:

9/18 12:30～ There will be a twitter live for the Kitkat 45th celebration party that BLACKPINK will attend to. https://t.co/f5hIdIxD4L

Ah also guys if you want a notification before the event starts,it says that just rt the original tweet until 9/17 12:00 pm～
They will also announce their other celebration partner on the same day. https://t.co/htjq8SRKrG

KitKat will be holding their 45th celebration party on 9/18 at 12:30. They’ll do a twitter live & BLACKPINK will be attending!

RT this tweet until 9/17 at 12:00 & you'll get a notification for the event before it starts. They’ll also announce the other 45th celebration partner! https://t.co/CrXBANuG0Y