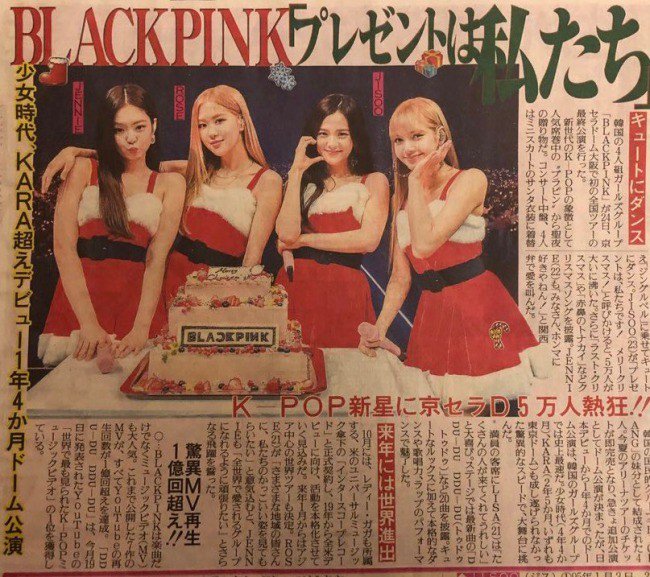 The article below is from AllKpop post, BLACKPINK is the fastest Korean girl group to perform in a Japanese dome

With over 50 thousand audiences it was reported that approximately 80% were women in their early 20s, proving BLACKPINK as the representative figure of “girl crush”.

One of memorable performance from BLACKPINK concert at Kyocera Dome Osaka on December 24, 2018 was when BLACKPINK recreated Jingle Bell Rock Scenes from Mean Girls Movie. Lets watch the video below!