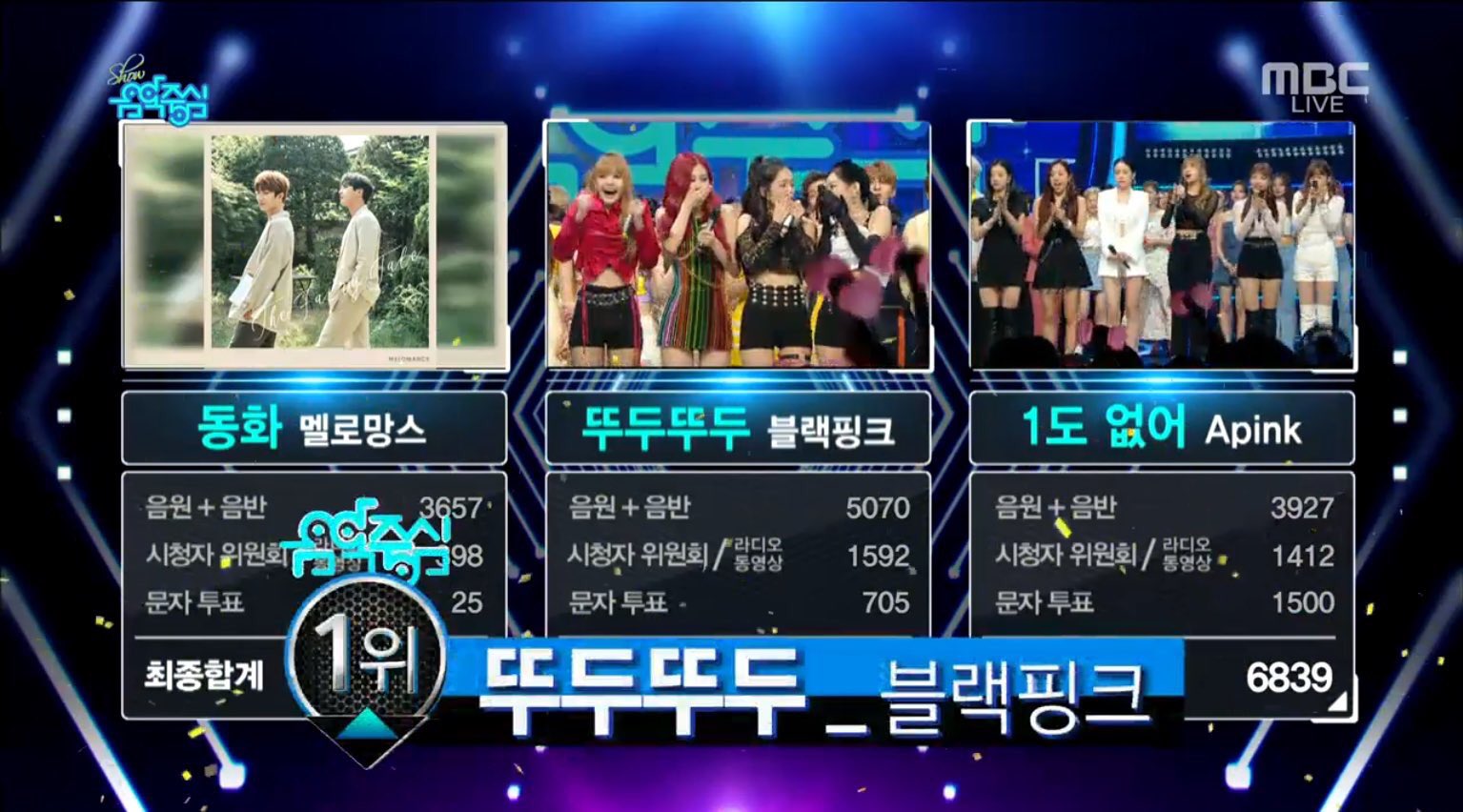 Here is the summary, BLACKPINK got 11 wins so far with DDU DU DDU DU

😫🖤
To all our Blinks who are supporting us!! You guys mean the world to us and we’re constantly taken aback by all the love, love, LOVE you guys have been pouring on us! We hope we can pay it all back someday and we’re just so thankful to have you guys. 1st place on 음악중심 goes to all you Blinks once again! you deserved it 💋💋