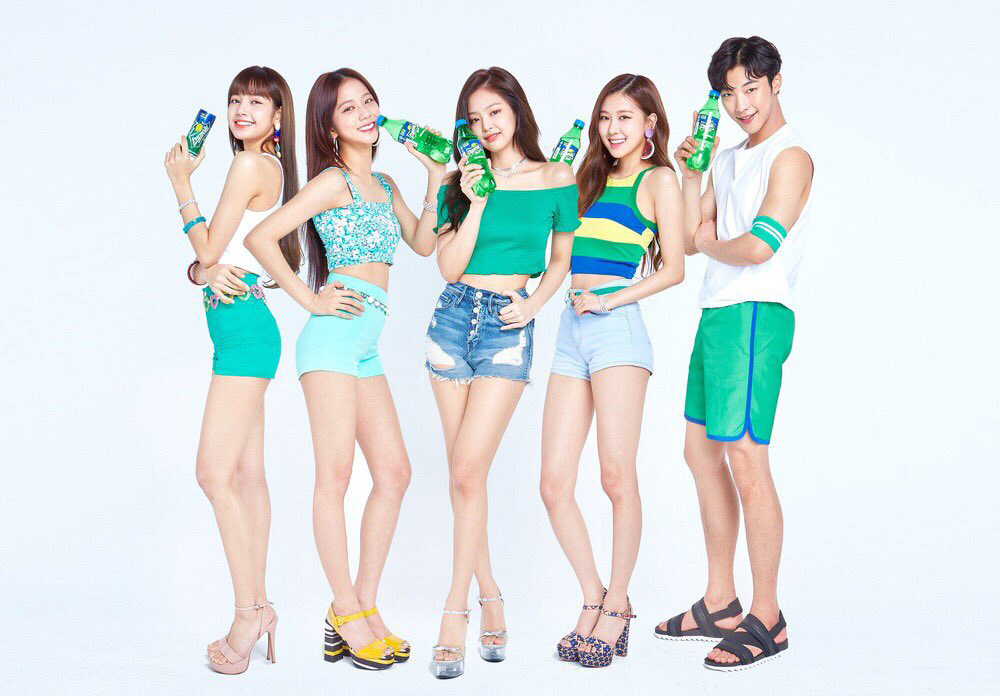 According to EBN News and Newsen Coca-Cola company announced on April 23 that it launched a new advertising model of Sprite with girl group Blackpink and actor Woo Do Hwan. Blackpink is known as ‘Cool and Sexy’ with their outstanding skills, sophisticated style and visual, and deadly charm. Meanwhile Woo Do-hwan is called ‘Cool Sexy Boss’ which gives a deadly charm that captivates the woman.

Sprite plans to launch a new advertising campaign with a message that invites you to “Sprite Island,” where you can enjoy the freshness this summer. The Sprite new tv commercial starring Blackpink and Woo Do Hwan will be released in mid-May.

An official from Coca-Cola Corporation said, “In order to effectively convey the image of sprite I have chosen Blackpink and Woo Do Hwan as advertising models, which have been receiving full support from the younger generation and exhilarating appeal in their fields. ”

The commercial was filmed at Cape Dara Resort Pattaya in early April 2018 when Blackpink went to Thailand on April 3, 2018 and back to Korea on April 4, 2018. Here are some behind the scenes photos of Blackpink x Sprite commercial taken by fans, credit to its owner.

click here to watch full commercial video: Blackpink Will Be The New Face of PUMA Commercial in Japan

Enjoy your Sprite now, buy it here on Amazon:

Source: EBN News and Newsen; credit behind the scenes photos on its logo