Blackpink Lisa will be featured in Seventeen Japan Magazine for its July 2018 issue. YG EX Japan posted the news on its official website. The magazine will be released on June 1, 2018. 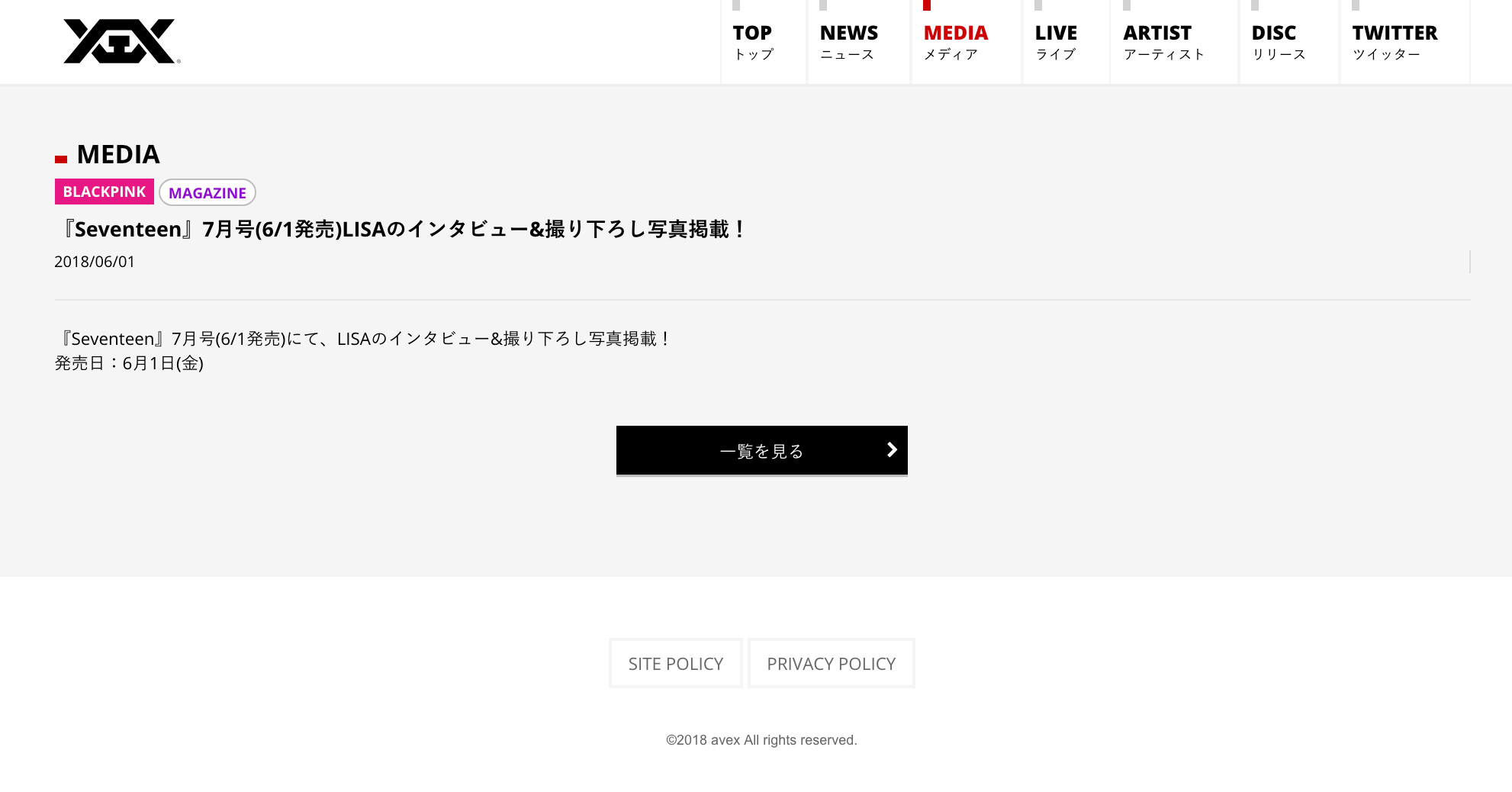 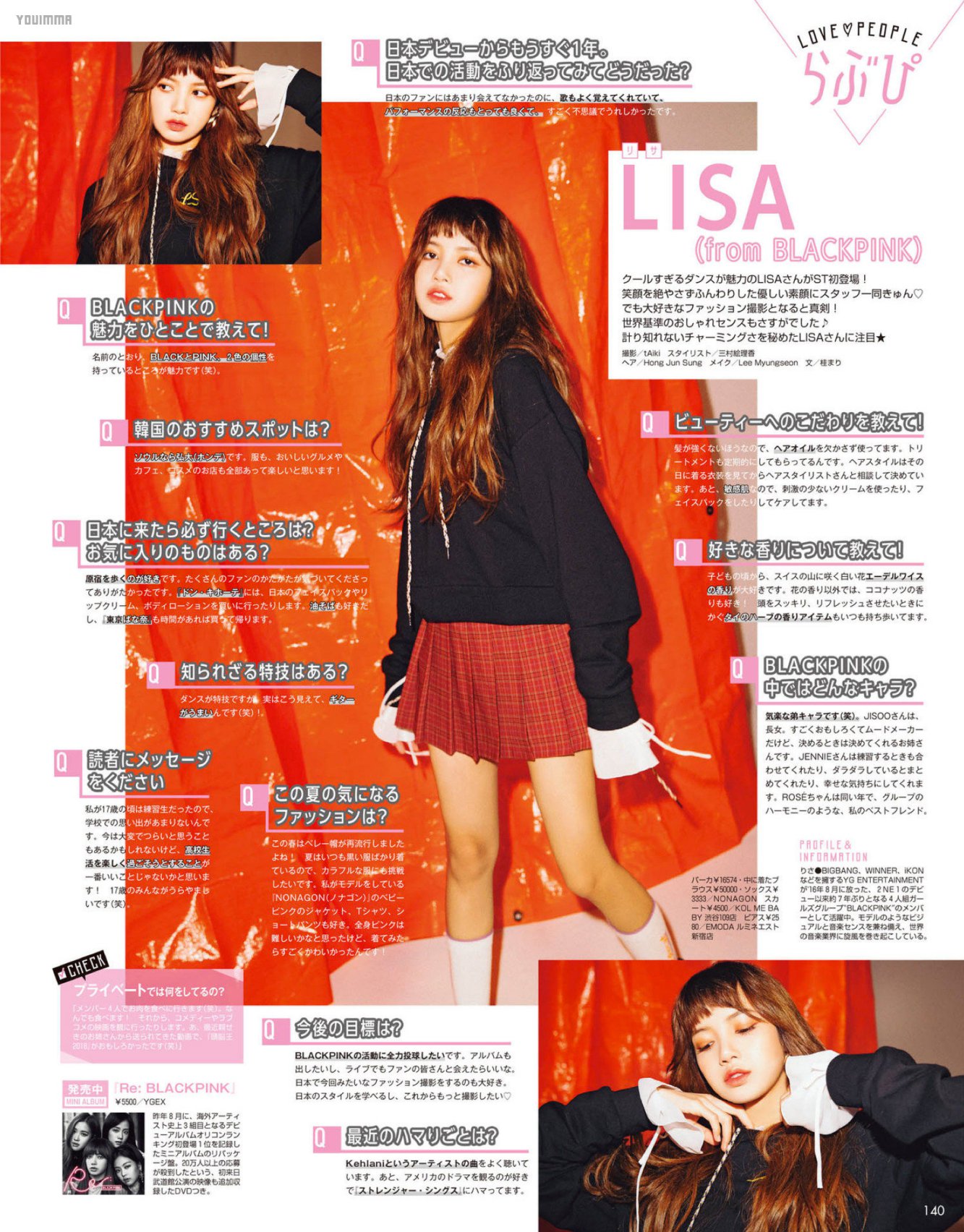