Blinkeu nyeongan! Make sure you guys catch up for this week updates from SBS Gayo Daejun, Blackpink ‘As If It’s Your Last’ hits 200M views on Youtube, and is picked as the most loved K-Pop Music Video around the world in 2017 by YouTube, Blackpink at Volkswagen The New Beginning Event, SBS Inkigayo, Blackpink Jisoo car photos leaving Inkigayo and many more. Read all those updates here!

There is no news about Blackpink Jisoo on this date

1). BLACKPINK “As If It’s Your Last” is picked as the most loved K-Pop Music Video around the world in 2017 by YouTube

BLACKPINK "As If It's Your Last" is picked as the most loved K-Pop Music Video around the world in 2017 by YouTubehttps://t.co/LT81KseyqH pic.twitter.com/UDuIsLnEUG

2). Blackpink As If It’s Your Last MV hits 200M Views on Youtube. Congrats Blackpink and Thank you Blinks, You guys rock! Awesome!

3). Blackpink was spotted performing in Volkswagen The New Beginning Event or Fly High 2018 event. They wore the same outfits as they wore for Line sticker photoshoot.

There is new news about Blackpink house or Blackpink TV broadcast date from JTBC ads but after a moment the ads was gone and YG Ent. didnt confirm about the info yet. 🤔

BLACKPINK House will be broadcasted on JTBC2 in January 2018, every Thursday at 9PM KST. It will be 12 episodes long, each episode running for 60 minutes
It will show BLACKPINK having a Christmas Party together, their reversed charm, etc, and just them having a break pic.twitter.com/izq3tHJYL3

1). Blackpink Jisoo at SBS Inkigayo, today was the final SBS Inkigayo broadcast of the year. MC Chu will be back in 2018, lets continue to support her next year blinkeu! 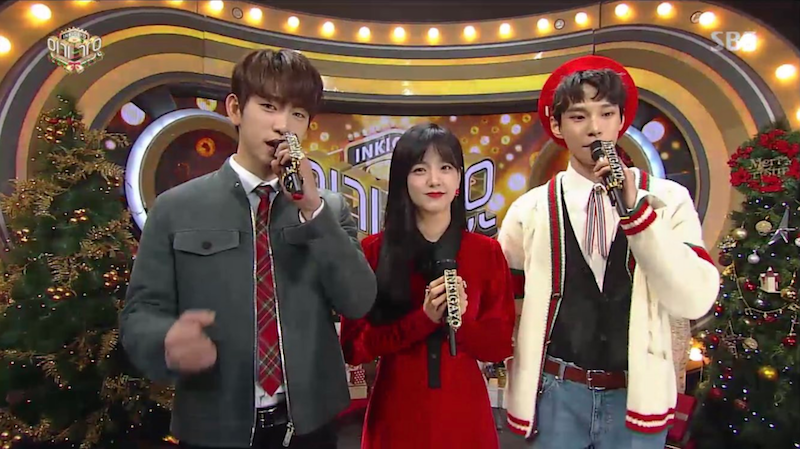 Next week is cancelled due to SBS Gayo Daejeon on Dec 25. No reasoning on December 31's episode (probably just a break)https://t.co/gP1ZIZ8ZK0 pic.twitter.com/k8awhx19JP

2) Blackpink Jisoo looks completely cute and pretty in car photos leaving Inkigayo December 17, 2017. She matched her faux shearling coat with a cute Disney Judy Hopps bowler hat with ears given by a blink.