What Makes This Photoshoot So Special?

First things first, this is Blackpink Jisoo’s first ever solo photoshoot. As Blinks, especially Jisoonators (Jisoo Stans), we are so excited knowing she has her own special edition. She usually gets amazing photoshoot with other Blackpink members, Jennie, Rose and Lisa – their photoshoot with Vogue Korea, GQ Japan, Numero Tokyo, Elle and Nylon Japan to name a few.

During Instyle Korea Interview, Blackpink Jisoo said, “I’ve always done it (photoshoots) with my members but I’m alone today so I’m a little nervous. I haven’t attempted a natural concept before so I’m curious to find out how it will turn out.”

When there are cute and pretty concept are abundant, this photoshoot is quite different. It brings new sensation toward Blackpink Jisoo by using natural concept, Secret Wonderland.

We can see here how Blackpink Jisoo looks so beautifully gorgeous in this natural concept. 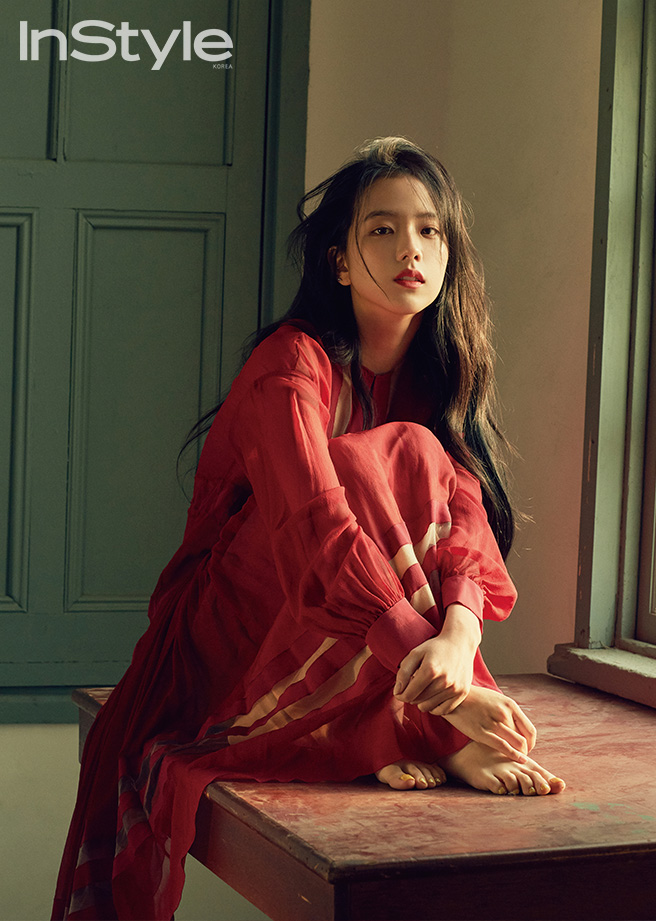 What does Secret Wonderland mean in this photoshoot? In its site, InStyle Korea states that someone will be a target of envy. It looks cool but it’s never easy. It is the story of those living in Korea under the name of idol. Behind the scenes of fashion and gorgeousness, there are hidden tremendous troubles that we don’t know. Yeah, when we look closely to the pics, they tell the story a lot. Awesome!

Next, Soompi said on its article, “During the photo shoot, Jisoo showed off feminine charms instead of her usual girl crush vibes. The photos appear as if they were taken on a warm, sunny day, but on the contrary, the photo shoot occurred on a really cold day. Despite the thin clothes she had to pose in, she did her best, earning a round of applause from the photography crew. Jisoo, who revealed she likes taking photos, did various poses and even joked around with the staff behind the scenes.” Blackpink Jisoo is so lovely and yes she slayed it again 😍

And last but not least, Blackpink Jisoo solo photoshoot comes from InStyle Korea Magazine. In South Korea, InStyle Magazine is under JTBC M&B Magazine management along with Ceci, HEREN, ELLE, Cosmopolitan, Esquire & Harper’s Bazaar. Whereas, InStyle HQ is in the USA, under Time Inc., the owner of Time, People, Entertainment Weekly, ESSENCE, Fortune, Marie Claire UK, and many more, around 100 magazines.