On Dec. 5, 2017, Blackpink House official Instagram announced that Blackpink will be doing Guerrilla Fan meeting at Mapo-gu, Seoul. The detailed location will be announced later.

And finally, Blackpink Jisoo, Jennie, Rose and Lisa announced the detailed location of Blackpink Guerrilla fan meeting event the next day through Vlive, along with gave us a tour inside their super cute pinky house for Blackpink TV. 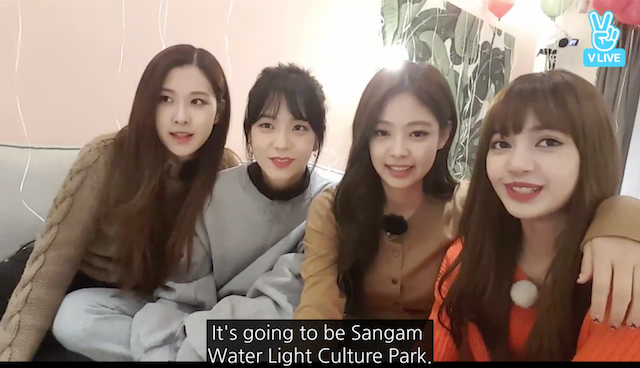 Blackpink Gave Blinks Gift, Made by Jennie and Jisoo

Rosé: Helloooo, thank you for coming even though it is cold
Fan: Oh my, so pre..tty (quietly)
Rosé: Please do remember to heat up the sandwich (handshake)
Fan: Huk, did you all make it youselves?
Rosé: Yes, the unnies made it!
Fan: Woah, I'll eat it well (High five) pic.twitter.com/jGb3laOVlx

So Jennie and Jisoo were the ones who made the sandwich!! woah pic.twitter.com/h3Ps9wNm8T