YG representative said, “Through this, they’ve proved once again that they deserve to be called ‘record setters'” 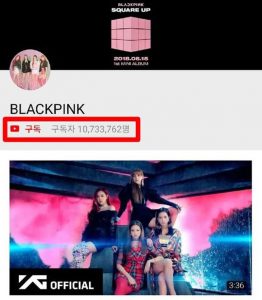 Thank you to our 10M subscribers on youtube, we were able to receive this beautiful Diamond Play Button award!! 🙏 wow!! it still doesn’t sink in that 10 million of you have subscribed to our channel so thank you!! and we also thank Youtube for providing this amazing platform for us to share our music all over the world ❤️ so so grateful!!

According to Soompi, on August 16, BTS and BLACKPINK were reported to be the first K-pop groups ever to receive Diamond Creator Awards from YouTube after each surpassing 10 million subscribers on their official channels.

BLACKPINK subscriber count is also the second-highest ever achieved by a single K-pop artist, trailing only PSY, who received his own YouTube Diamond Creator Award last year.

The Diamond Play Button or Diamond Creator Award will be awarded to channels that surpass 10,000,000 subscribers. It is made of silver-plated metal inset with a large piece of crystal in the shape of a play button triangle 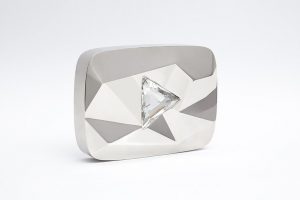 Congrats BLACKPINK for this new achievement! We are so proud of you!