Congrats! Blackpink just won ‘The World Kpop Rookie Award’ at Gaon chart Music Awards 2018. The event was held on Wednesday, February 14, 2018 at the Jamsil Indoor Gymnasium, Seoul. Blackpink couldn’t attend the event due to other important schedule but they made acceptance speech video.

The Gaon Chart Music Awards, also known as the Gaon Chart K-Pop Awards, is a major music awards show that is held annually in South Korea by the national music record chart, Gaon Chart. The awards focus more on songs and albums rather than musicians. Award finalists are based on the previous year’s Gaon year-end chart performance according to data for sales of songs and albums. 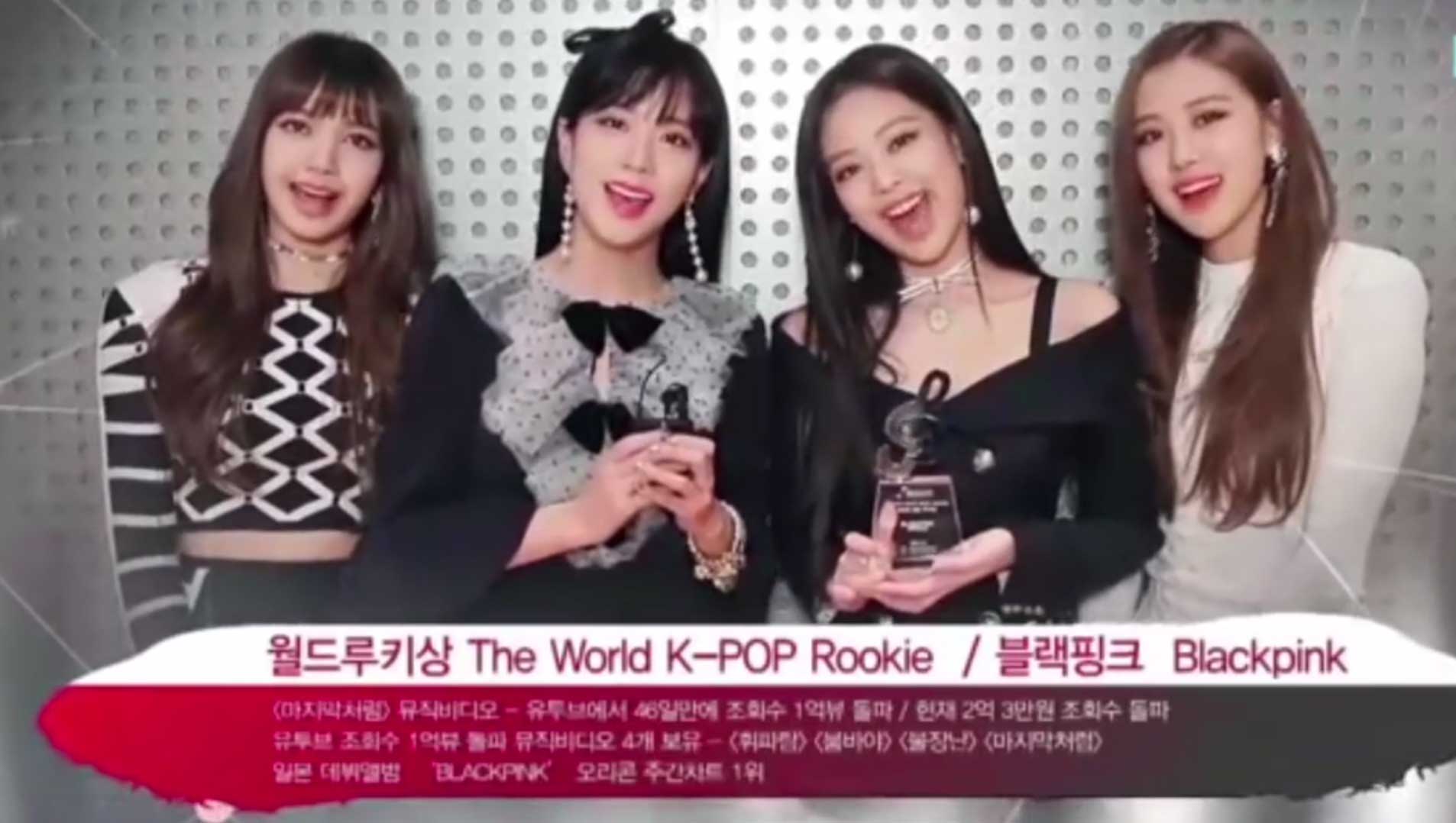 English trans for the caption by @YGDreamers

BLACKPINK broke several records on Youtube with As If It’s Your Last, BOOMBAYAH, Whistle and Playing With Fire music videos and has broke records on iTunes since their debut.

“This time, BP has received WORLD ROOKIE Award at Gaon Chart (Awards). We can’t attend the event due a prior schedule. We’re also thankful to receive a huge award like this. We’ll continue to work hard in the future. Thank you.”

Blackpink and Blinks, you guys are awesome! Congratulations!