Blackpink Covers Wonder Girls’ So Hot, And It’s So Amazing

On Christmas day, Blackpink not only turned heads on the red carpet with their immaculate and perfect look but they also performed an incredible cover of Wonder Girls’ So Hot during special stage performance at SBS Gayo Daejun 2017.

We have been waiting for Blackpink to hit the stage again this year, and finally our patience is paid off. Their performance was beyond awesome!

The theme for this year’s SBS Gayo Daejeon was “Number One”, featuring all artists who placed number 1 in the charts. There were special stages and collaborations that cover hit songs throughout the show. 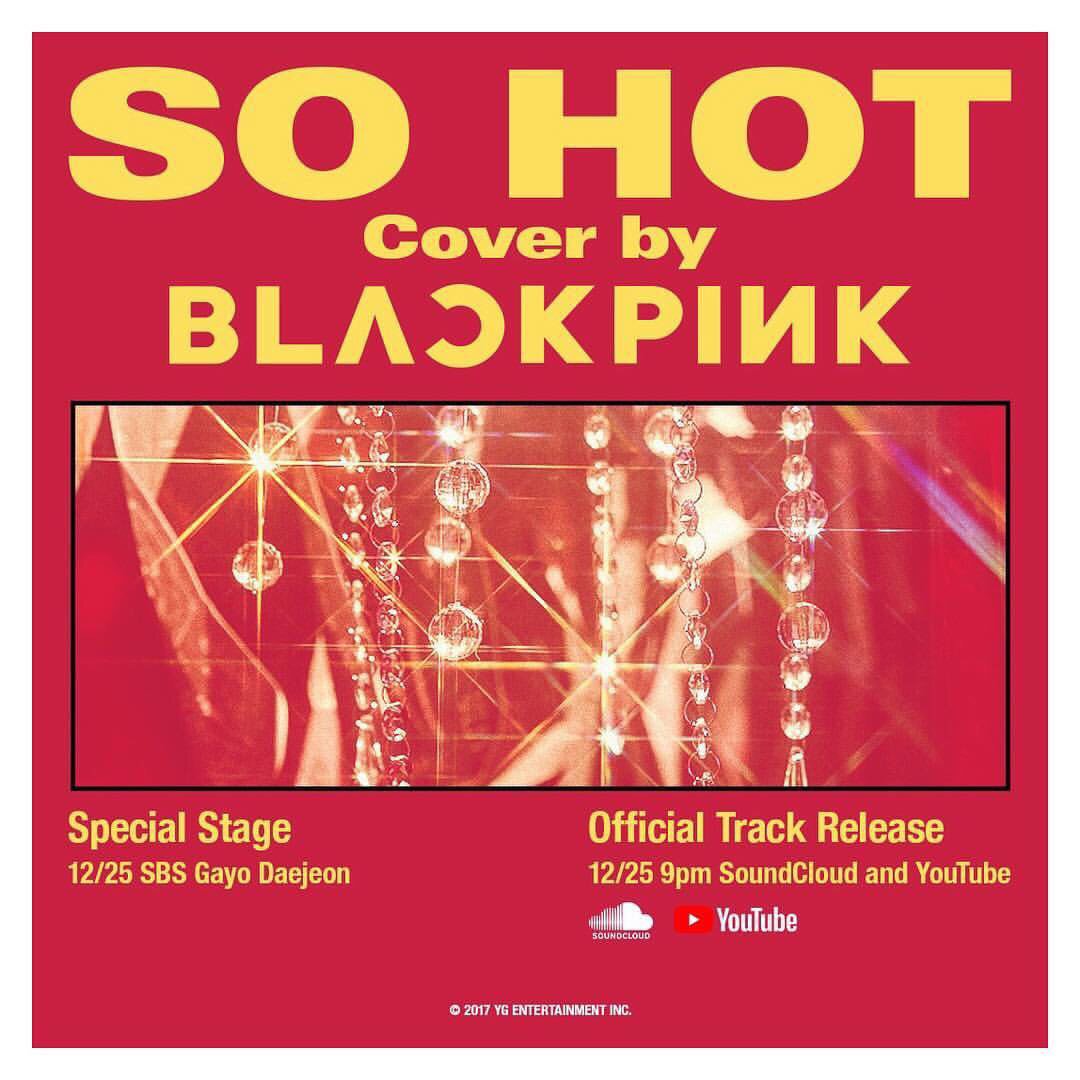 YG Entertainment also revealed that the audio from BLACKPINK’s cover will officially be released through SoundCloud and YouTube at 9 p.m. KST on December 25, the same day that the 2017 SBS Gayo Daejun will take place.

“So Hot” a song by Wonder Girls was initially released on May 22, 2008 for digital download. Afterwards, the maxi-single titled So Hot (The 3rd Project) was released on June 3, 2008. The single became an instant hit and quickly a number one hit on various online and offline charts. “So Hot” became an instant hit and was the number one song on MBC’s show Music Core and on SBS’s Inkigayo for three consecutive weeks.

When we heard the news for the first time, we became even more curious how Blackpink will slay the song since ‘So Hot’ doesnt sound like Blackpink style. 🤔

But Teddy, Blackpink producer can never go wrong. He is brilliant and he knows how to make the song really fits Blackpink. He then rearranged the So Hot original song by adding a bit ‘black’ and ‘pink’ sense to the song. Therefore it sounds more hip hop and more into Blackpink music style.

Those remix combined with Blackpink unique and diverse vocals made the performance became so lit. Their spectacular show heated up the entire building, even though it was freezing outside, inside the Gocheok Sky Dome it was ‘So Hoooot’. 🔥🔥🔥🔥

If you are curious with the original song, you can watch it here, it is originally awesome!

What do you think of Blackpink So Hot cover Blinks? Do you like it? Let us know in the comments section below!