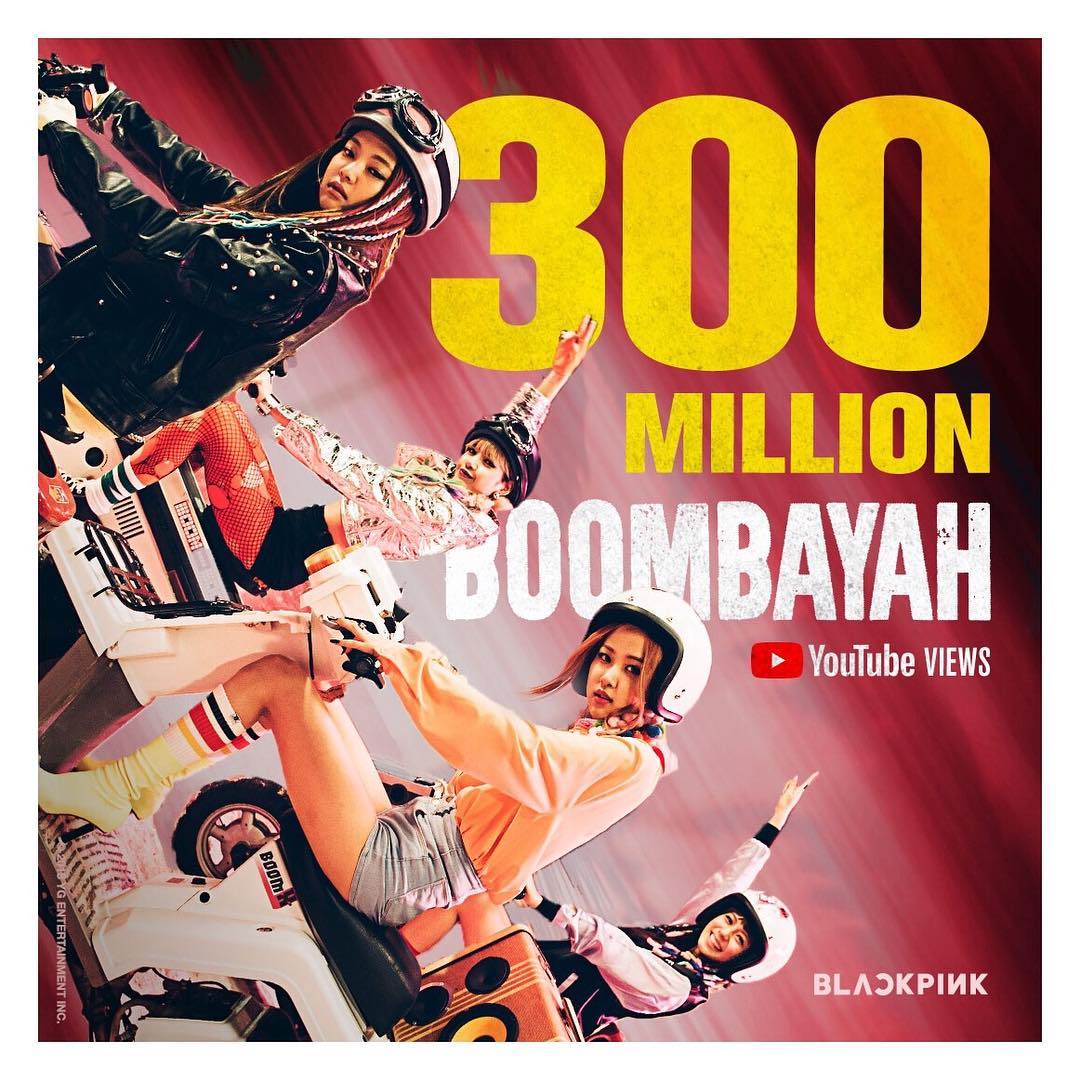 “Boombayah” (Hangul: 붐바야; RR: Bumbaya) is Blackpink song released on August 8, 2016 at 8 p.m. KST along with ‘Whistle’ from their debut extended plays, Square One.

Boombayah, the song that topped the Billboard World Digital Songs chart in the first week of sales, was written by Teddy Park and Bekuh Boom and the song was produced by Teddy, whereas the music video was directed by Seo Hyun-seung. 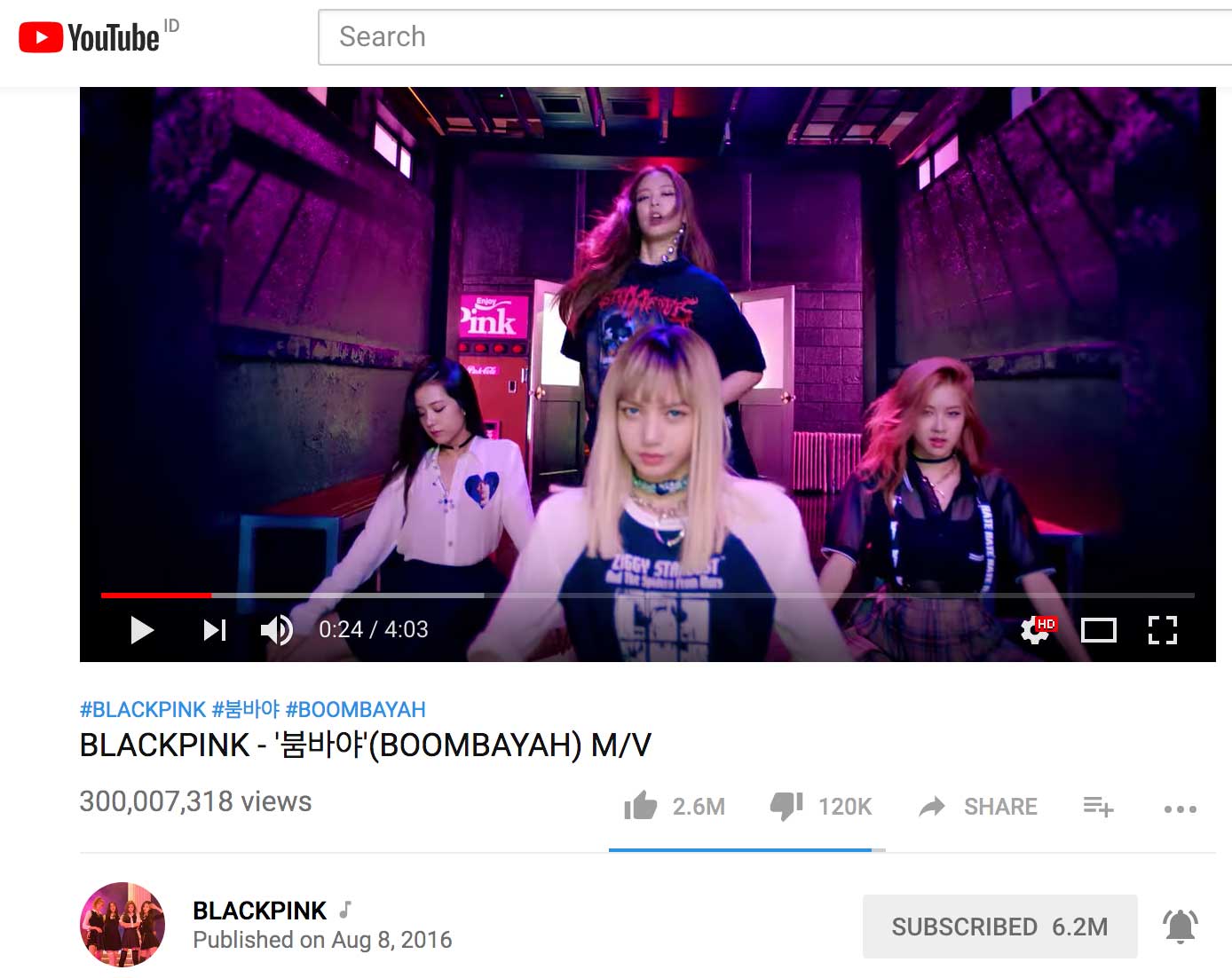 Congrats Blackpink and Blinks for achieving #300MBAYAH. Lets keep up the good work!