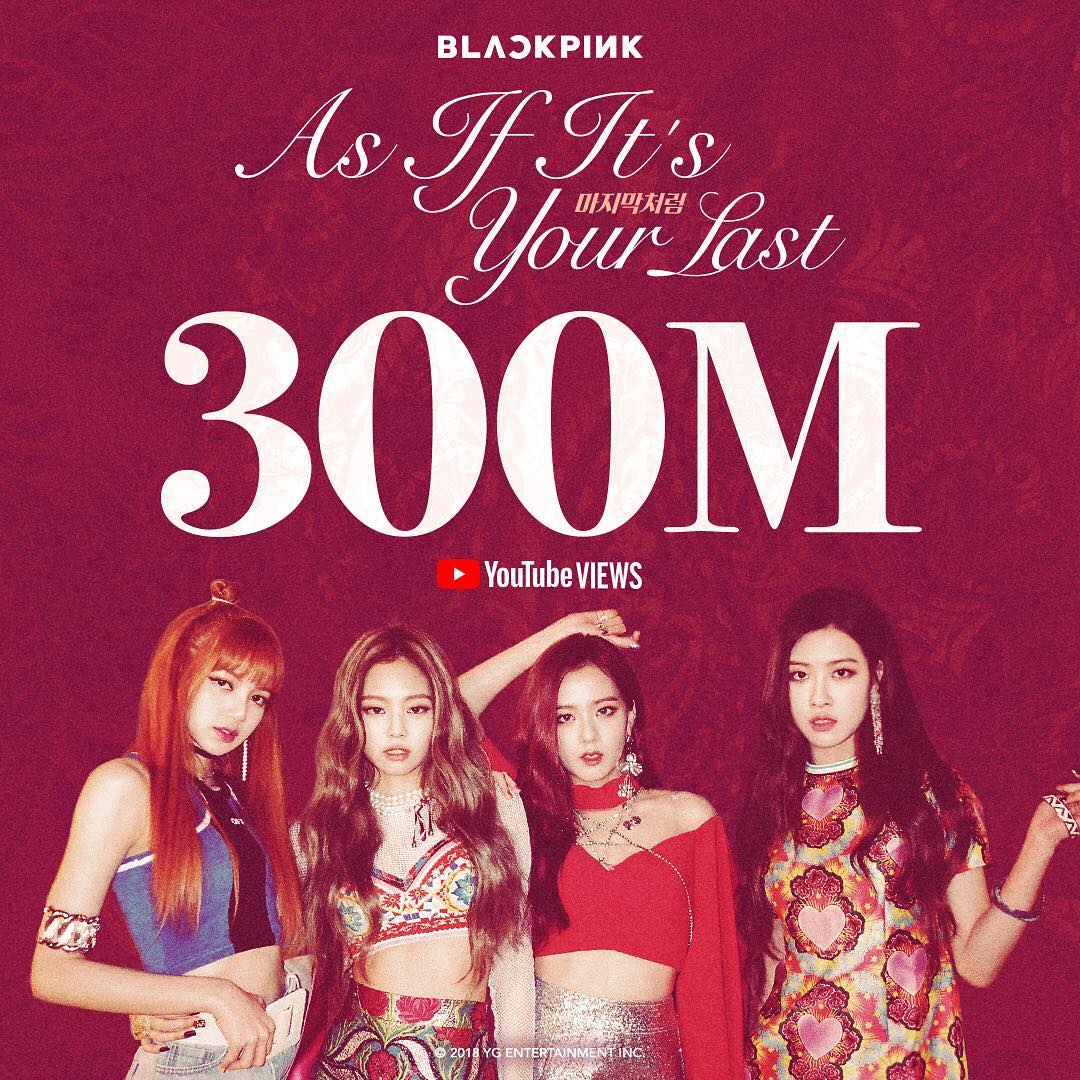 “As If It’s Your Last” (Hangul: 마지막처럼; RR: Majimakcheoreom) is a Blackpink single  released on June 22, 2017. The song was a commercial success, topping Billboard’s World Digital Songs after selling 4,000 copies that week.

Tags: BLACKPINK 300 MILLION VIEWSBLACKPINK AS IF IT IS YOUR LASTBLACKPINK UPDATE MAY 2018